By Randal Birkey on July 18, 2006 in Miscellaneous

Speaking of saving on utility bills, one simple way to do that while helping the environment at the same time is to switch to compact fluorescent light bulbs (CFLs). According to the July issue of _Real Simple_, while CFLs cost more than regular bulbs, they use 70% less energy and last more than 10 times longer—10,000 hours vs. 750 hours with incandescent bulbs.
h3(matt). Matt’s View
p(matt). To get started with compact fluorescent light bulbs, think about the lights you use most often and switch those over to CFL bulbs. According to Energy Star, a joint program between the U.S. Environmental Protection Agency and the U.S. Department of Energy, if every U.S. household replaced just one incandescent light bulb with a CFL bulb, the amount of pollution prevented would be the equivalent of removing one million cars from the road. Check out the

Money Wise or Miserly?
Cash Is So Yesterday 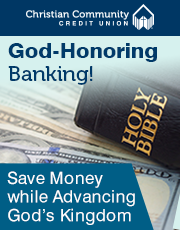