By Matt Bell on August 1, 2009 in Faith & Finances, Psychology of Money

Right after our five-year-old watches a DVD, he’s often eager to act out whatever he saw.  If there was singing on the DVD, he might grab his toy guitar and put on a concert.  If one of his favorite superheroes was on the screen, chances are he’ll grab a cape and race through the house on his way to an urgent rescue of some kind.

As adults, we don’t typically act out what we see in such an obvious manner.  However, many aspects of our lives, including our use of money, are strongly shaped by what we take in – the movies or television programs we watch, the books we read, the music we hear, and more.  In fact, Boston College sociology professor Juliet Schor has quantified the impact of television watching on how much a person saves.  The more they watch, the less they save.  The correlation is very clear.  And it’s not just exposure to commercials that prompts people to choose spending over saving.  Schor says it’s also the lifestyles depicted by the characters on popular television dramas.  Apparently, the fact that they tend to live in nice homes and wear the latest fashions makes viewers want to emulate those lifestyles.

One very powerful step we can all take toward wise money management is to be proactive in choosing what to take in and what not to take in. If you’re single-handedly keeping the hours of TV watched by the average viewer at its current five hours per day, maybe it’s time to unplug.  If your postal carrier is stooped over from the heavy load of catalogs he or she lugs to your house every day, maybe it’s time to get off some of those mailing lists.

Our son’s latest favorite way of acting out what he sees on DVD is to build it with Legos.  He even uses his best commercial announcer voice, learned from the Legos web site, to introduce his new creation to us.  The other day, he watched a DVD about Jesus.  When it was over he headed straight for his Legos, began building something with great enthusiasm, and then, using his best broadcaster voice, said, “Introducing Lego Jesus!”  We decided he can watch that DVD whenever he’d like to. 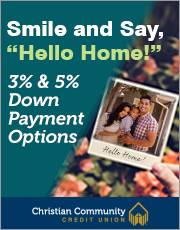