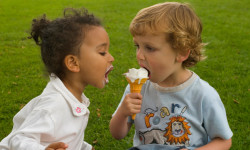 Of all the issues swirling around the Occupy Wall Street protests, the one that seems to have struck the most sensitive nerve is financial inequality.  It prompted one writer, whose article appeared in the Wall Street Journal, to accuse the protesters of calling for “radical wealth redistribution.”

He didn’t define what he meant by “radical,” but you could sense his outrage over the idea of wealth redistribution and his disdain for the protesters.

However, I do believe in the type promoted by a small group of “radicals” a couple of thousand years ago.

The apostle Paul taught that the primary purpose of wealth is generosity and he encouraged everyone to “excel in this grace of giving.”

In the book of James, thought to have been written by Jesus’ brother, the author implored people to put their faith into action, personally helping those in need.

Far too many of us are doing far too little in this area.  Generosity research shows that the average church member gives less than three percent of his or her income to their church – far lower than the biblical standard of “tithes and offerings.”

What if we didn’t wait for someone else to help – the government, social service agencies, the church?  What if each of us generously supported our place of worship and gave generously to individuals in need?  Now that would be radical.

What if we actually told our close friends and family members when we had needs instead of keeping our problems to ourselves out of fear of embarrassment or not wanting to be a burden?  Now that would be radical.

And to the degree that the government can play a role this area, what if our political leaders came up with ideas and cast a vision for increased individual generosity, instead of spending time on ideas destined to reduce people’s charitable giving?  Now that would be radical.

Being the Change We Want to See

The more I think about the Occupy Wall Street protests, the more it seems that the issues all come down to one question:  Who’s responsible?

And I can’t help but remember the research of Arthur Brooks, author of “Who Really Cares.”  He found that people who believe the government should do more for people tend to be less personally generous.

That’s incredibly ironic, isn’t it?  And, as John Stossel discovered in an ABC News segment on who gives the most, it’s counterintuitive.

Many corporate and government leaders have contributed to our global economic mess.  That’s for sure.  However, as I wrote in my first post about the Occupy Wall Street Movement, Let’s Occupy Our Own Streets, our best hope for long-term economic solutions is for us – household by household – to take personal responsibility do the right things.  And one of those right things is greater personal generosity.

Those of us who step up our generosity would very likely experience more joy.  And those who receive from friends and family members would very likely benefit more as well.  If it’s your friend or neighbor who’s helping you out, you’re not going to feel entitled to that assistance, become dependent on it, or take to the streets when the assistance ends.  You’re going to be deeply grateful, and you’re going to do all that you can to become self-sufficient again as quickly as possible.

I’d like to see more corporate leaders manage their businesses with integrity, and I’d like to see a lot more vision and much better ideas from our political leaders.  However, I’m convinced that the greatest lasting changes will only come about when we make the right changes at home, such as growing in our personal generosity.

That’s my point of view.  What’s yours?  Let me know by leaving a comment.

Who else would benefit from this article?  Why not forward a link to my site? And if you haven’t done so already, you can subscribe to this blog by clicking here.  About once a week, you’ll receive ideas and encouragement for using money well.

10 Responses to A Call for Truly Radical Wealth Redistribution