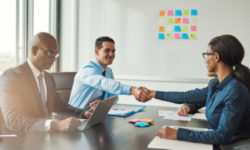 Everyone has heard the advice, “It doesn’t hurt to ask.” It’s been my experience that very often it pays to ask.

Just by asking, I’ve gotten fees waived, better tables at restaurants, lower prices on newspaper subscriptions, an iPhone 6 for $1, and as I’ll describe below, a costly vehicle repair more than reimbursed by the manufacturer.

For most of the 13 years that we’ve owned our van, a Toyota Sienna, it’s been great—very reliable, with no costly maintenance or repair surprises. Until a couple of weeks ago.

That’s when the driver’s door started making the sound you might imagine a door would make if it were dying. Every time we opened it, there was a horrible screeching sound followed by a pop.

A Toyota body shop estimator said it was unlikely the door could be repaired. It would probably have to be replaced — to the tune of $3,000! That’s about what the van is worth!

I tend to ask lots of questions, and in the midst of a conversation about how the door could suddenly stop working properly, the estimator gave me a critical piece of information. Their shop has seen other ‘04 Siennas with the same problem, and in some cases Toyota covered the cost of a new door or a repair.

I wonder if that would have come up if we hadn’t talked so long.

So I called Toyota’s U.S. headquarters, explained the problem, and said I was facing a possible $3,000 bill. Sure enough, the person I spoke with said the company has received other complaints about this issue and even extended the warranty by a couple of years to cover the cost of repairs. However, that warranty expired long ago. He said I was out of luck.

If you don’t ask, the answer is always no.

I could have let it go at that, but I didn’t.

I wasn’t rude. I wasn’t impatient. I just calmly said that since they acknowledged it was a manufacturing issue, wouldn’t it still make sense for Toyota to help fix the problem? I mean, shouldn’t a vehicle’s door continue to work properly even after 13 years?

He said he’d see what he could do, which I took as a glimmer of hope.

In the meantime, I scheduled the next step, which was for the repair shop to take the door apart to see more clearly whether it could be repaired or would need to be replaced. My wife and I talked through the worst-case scenario. As painful as it would be, we agreed that we’d rather spend the money to repair the van than replace it.

A double dose of good news

A few hours after dropping off the van, the body shop called to say the door could be repaired for a little over $500. Still a lot of money, but way better than $3,000.

A couple of days later, I heard back from Toyota. My contact said the company had agreed to give me a credit worth $750 that could be used for future maintenance and repairs.

I never try to be manipulative about what I ask for, but I do make requests somewhat regularly. Sometimes you don’t even have to ask for anything, you just have to speak up if you’re dissatisfied with a product or service.

In fact, when I was getting our van fixed, I had to rent a car for a couple of days. The rental car smelled like smoke. I noticed it when I was driving away from the rental place, but it had already taken some time to get the car and I needed to get to work, so I decided to put up with it.

Still it bothered me.

When I returned the car, I politely said, “I just want you to know, I was a little disappointed with the car. It smelled like smoke, which gave me a headache, and I had to drive my daughter to her music lessons in that car,” all of which was true.

On the spot, the person checking the car in cut my rental fee in half.

Do you tend to speak up—to make requests? Why or why not? What good deals have you gotten just by asking?

To subscribe to this blog, just click here. Twice a week, you’ll receive ideas and encouragement for using money well.