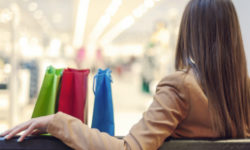 Identity theft has become a common crime, impacting millions people each year. As bad as the problem is, about a hundred years ago, an identity theft took place on a far grander scale.

Amazingly, this huge heist didn’t make headlines, and it didn’t prompt any calls for greater security. In fact, no one even seemed to notice. And although every generation since has continued to be impacted by the most brazen identity theft in history, very few people today are even aware of the problem.

Ever since, the consumer identity has been seriously messing with our self-worth, our finances, and so much more. Here’s a brief look at how the deal came down.

A short history of our consumer culture

According to Historian William Leach, author of Land of Desire, the foundation of our consumer culture was built roughly between the 1880s and 1920s. That’s when people moved in mass from the country to the city and took up positions along assembly lines that mass-produced branded versions of everything from cars to clothing.

The move from country to city marked far more than a change of address; it marked a change in people’s way of life. They went from farm work to factory work, from making things to buying things. As Susan Strasser writes in Satisfaction Guaranteed, “Formerly customers, purchasing the objects of daily life from familiar craftspeople and storekeepers, Americans became consumers.”

Before that time, people usually bought raw materials in bulk; there were no branded packages of ready-to-eat cereal and not much in the way of ready-to-wear clothing. “People who had never bought corn flakes were taught to need them,” Strasser explained. “Those formerly content to buy oats scooped from the grocer’s bin were informed about why they should prefer Quaker Oats in a box.”

How consumption shifted from what we do to who we are

It was during the Industrial Revolution that department stores emerged, which, in turn, spawned the increasingly sophisticated science of merchandising. Store managers learned to display items with an eye toward enticement.

Boston College Sociology Professor Juliet Schor, author of The Overworked American, said the 1920s marked a clear turning point in the ad industry: “Of course, ads had been around for a long time. But something new was afoot, in terms of both scale and strategy… Ads developed an association between the product and one’s very identity. Eventually they came to promise everything and anything—from self-esteem, to status, friendship, and love.”

Marketers began positioning the activities of consumption as being in the best interests of those doing the consuming. According to William Leach, “The cardinal features of this culture were acquisition and consumption as the means of achieving happiness,” and what religion historian Joseph Harountunian called “‘being’ through ‘having.’”

What’s in a word?

Today, the use of the word consumer has become so common that most of us don’t even notice. Every week, we hear about consumer spending, consumer sentiment, and consumer segments. We accept it without question.

But consider this: To consume literally means to use up, squander, or spend wastefully. It’s right there in the dictionary. The acceptance of the consumer identity goes a long way toward explaining why so many people have too much debt, too little savings, too much financial stress, and too little contentment.

While there’s much to be said for all the practical aspects of wise money management – using a budget, getting and staying out of debt, spending smart, and such – how we see ourselves is just as important.

My recommendation is to consciously reject the consumer label. Every time you hear the word in the news, remind yourself that you are not a machine whose main purpose is to use stuff up.

In church circles, the alternative descriptor of choice is steward. While that’s biblically accurate, the term I prefer is wise builder.

Therefore everyone who hears these words of mine and puts them into practice is like a wise man who built his house on the rock. The rain came down, the streams rose, and the winds blew and beat against that house; yet it did not fall, because it had its foundation on the rock. – Matthew 7:24-25

We were designed to create, to build—strong relationships with God and other people, lives of meaningful contribution.

When life is viewed through that filter, it’s much easier to choose to do the right things financially, no matter how uncommon or uncool.

Have you ever thought about how the term consumer impacts you? What do you think about seeing yourself as a wise builder instead of a consumer?

If you haven’t done so already, sign up for a free subscription to this blog. Twice a week you’ll receive ideas and encouragement for using money well.