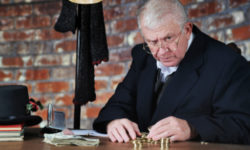 By Matt Bell on September 5, 2017 in Spending Smart

As the recession of 2008 dragged on, frugality came into vogue, and many commentators believed a new and lasting way of life had begun. The savings rate went up, people held onto their cars longer, and second hand stores became all the rage.

In 2010, 63 percent of people said the recession had “forever changed” the way they spend and save, according to a Citigroup survey.

Just one year later, the savings rate took a southward turn, credit card debt started picking up again, and parking spaces at the mall became hard to find. When Citigroup re-ran its survey, the percentage of people who said the recession had “forever changed” the way they spend and save fell to just 52 percent.

Apparently “forever” isn’t quite as permanent as it sounds.

It happens a lot. Economic times get tough and people tighten the belt. Things get better and they spend more. When gas prices are low, SUVs fly off car dealer lots. When the price goes up, small cars gain popularity. I call it “binge/purge” money management.

In part, I blame the word “frugality.”

To be sure, I know there are many people who think of themselves as frugal, and for them, it’s a good thing. They simply hate to waste money. They’re not living by some temporary set of rules brought on by economic tough times. Frugality is a worldview that shapes their use of money in very positive ways.

However, with apologies to those who do frugal well, I’ve never cared for the term. For me, it’s always conjured up images of refusing to tip any more than 15 percent, dogmatically avoiding coffee shops as if spending a couple of bucks on a good cup of coffee is immoral, and generally living a Scrooge-like existence. Okay, I’m exaggerating, but not by much.

Mostly, I’ve thought of frugality as not much fun, where the overarching principle is to spend as little as possible. That, I believe, is one of the main reasons we see such a rapid shift away from saving and toward spending when economic tough times turn into economic good times. People just don’t like being frugal. They’ll do it while they have to, but not a moment longer.

A better financial path begins with a better term, and the one I prefer is “money-smart.” Money-smart people:

And they do these things all the time, not just in response to a financial crisis. If everyone took these steps, what a difference it would make!

A money plan for all types of economic weather

We can’t control the economy, but we can control our personal finances. By following the approach I just described at all times, there will be no need to make major changes when times turn bad.

To my frugal friends – those who wear the word well – carry on. But for everyone who’s ever grit their teeth through a season of forced frugality, let’s put an end to all the financial binging and purging. Let’s re-brand ourselves as money-smart and get on a more sustainable and enjoyable path toward financial success.

If someone forwarded this article to you, please sign up for your own subscription to this blog.  Twice a week, you’ll receive ideas and encouragement for using money well.

18 Responses to The Case Against Frugality