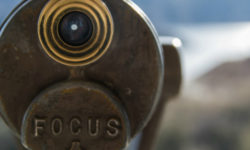 By Matt Bell on September 26, 2017 in Budgeting/Planning, Saving, Psychology of Money

Are you trying to make a positive change in your finances or some other area of your life? How clear are you about the change you’re trying to make?

As Chip and Dan Heath researched Switch, their helpful book about what it takes to truly change something about our lives, they discovered several surprises. This first is that what often looks like resistance to change is really a lack of clarity.

The elephant and the rider

Let’s face it; change can be tough. For one thing, it usually requires altering behaviors that have become so ingrained that they’re automatic.

Also, change usually pits our rational side against our emotional side, and when our thoughts take on our feelings, thoughts usually get reduced to good intentions.

We decide in our mind we’re going to get out of debt, but then our favorite retailer’s catalog arrives with page after page of shiny baubles. Before we even know what’s happening, we’ve pulled our credit card from our wallet, dialed the 800 number, and placed an order.

Throughout their book, the Heaths use a metaphor created by John Haidt, author of The Happiness Hypothesis: our emotional side is an Elephant and our rational side is the Rider. The Rider, with reins in hand, appears to be in charge. However, because he’s so small compared to the elephant, anytime they disagree, the elephant will put his meaty foot down and get his way.

Resisting change is a team effort

Both Elephant and Rider bring big doses of dysfunction to the change table.

Change usually requires short-term sacrifices, and the immediate gratification-seeking Elephant wants no part of anything that smacks of sacrifice.

But the Rider has his own issues – mainly a tendency to over analyze.

What helps get the Rider get the Elephant moving is a clear sense of direction.

Point to the destination

The Heaths recommend the use of a destination postcard, a vivid picture from the near-term future that shows what could be possible.

Can you imagine having no debt? A well-stocked emergency fund? Confidence that your kids will graduate from college without a U-Haul full of debt? An overall sense of financial security?

When you can picture a compelling destination, you’ll help your Rider find her way through the fog of analysis, and put her energy into figuring out how to get there.

Clarifying the overall target gives the Rider focus while also connecting with the Elephant’s emotions.

But the big picture isn’t enough for the Rider. The Rider also needs a clear path forward.

Since the Rider loves analyzing what needs changing even more than acting on the change, any change effort requires that big picture goals be translated into concrete behaviors.

What specific steps are needed to get to the place pictured on the postcard? Map them out as clearly as possible.

Here’s an example of how I’ve used the Heath’s ideas. A while back, my wife and I did a little dreaming about how we might celebrate our 20th anniversary, which is in two years. She mentioned that she’d love to go to Paris.

Honestly, when she said that, it felt impossible. With three young kids, we’re in a very expensive season of life. While we have a budget for family vacations, I didn’t see how we could add in an overseas trip for the two of us. And, I felt very motivated to figure it out.

Destination postcard? No problem. It’s easy to get a mental picture of Paris.

Script the critical moves? First, and most importantly, I opened a savings account dedicated to our Paris trip. I’m a big believer in having savings accounts for specific goals. Mingled money leaks. It gets used for other purposes.

We set a budget for the trip, and every month we’re chipping away at it by putting some money into that account.

It isn’t working perfectly. It isn’t like we had an extra amount of cash sitting around looking for a purpose each month. But we’re trying to spend a little less in some areas and then redirect those funds to our Paris account. Plus, some parts of our income fluctuate, so when there’s more than anticipated, we try to direct most of it to the Paris account.

By chipping away at the goal little by little, I’ve been amazed at how that account has grown. It brings to mind Proverbs 21:5.

Where do you need clarity?

How could this first insight from “Switch” help in a change you’re trying to bring about in your finances? Do you have an overall destination clearly in mind? Have you scripted the critical moves?

Who else do you know who would benefit from this article?  Why not send a link to my site? And if you haven’t done so already, you can subscribe to this blog by clicking here.  Twice a week, you’ll receive ideas and encouragement for using money well.

Profitable Ideas: A Credit Freeze is a Worthwhile Hassle, An Easy Way to Slash Your Grocery Bill, and More
Profitable Ideas: Putting Your Money Where Your Values Are, Minimizing Losses During The Next Bear Market, and More

4 Responses to The Power of Clarity