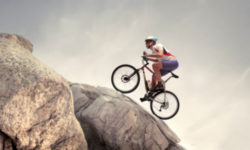 By Matt Bell on November 7, 2017 in Credit/Debt, Spending Smart

One of the most common questions I get in workshops is, “Where can I possibly find the money to…” save, give, get out of debt, or simply make ends meet? The answer is often found in questioning our spending assumptions.

I once met a couple that did not have Internet access at home. What? That’s just plain crazy, right? I mean, how could they survive without Internet access at home? They explained that they were tired of money being a struggle, so they looked at everything they spend money on to see what was truly essential and what they could live without. Their Internet service was deemed non-essential.

I recently worked with two couples and recommended that they go from two-car households to one-car households. They had never considered such a move, but fairly quickly realized that they could make it work with just one car, especially in light of all the money they’d save.

The most radical money move of all

Quite possibly, the most dramatic step I’ve heard of anyone taking to get his or her finances right is going on a spending fast.

(Also read How Serious Are You?)

Julie has gone on several spending fasts over the years. Her most recent one lasted six months. Of course, she didn’t stop spending completely. She just didn’t spend on anything that seemed optional. That meant no new clothing, shoes, jewelry, household items such as towels or pillows, movies, music, hair products other than essentials, and restaurant meals that were not work-related.

Applying the “no discretionary spending” rule to groceries, she whittled her shopping list down to twelve essential items. She kept her cell phone, but took it down to the least expensive plan.

It wasn’t debt that motivated Julie to go on the fast. She saw it as an experiment to see how much money she could give away. The fast enabled her to give away nearly 50 percent of her income, whereas she used to give away around 20 percent.

The early days are the toughest

At first, Julie felt deprived. Gifts were the hardest thing to give up. She said, “I love to give gifts and I’m big on hospitality. Clothing was tough, too. But it taught me to get creative and put together new combinations of clothing.”

When her fast ended, she no longer felt deprived. In fact, she found it difficult to spend money. To celebrate the end of her fast, some friends took her — where else? Shopping! At midnight they went to a discount retailer that’s open 24 hours. Even though the store had thousands of items to choose from, she left there with just a couple of inexpensive clothing items.

While Julie has gone back to spending money on gifts, many of her spending habits have been forever altered. She now gives away about 30 percent of her income.

She says the fast helped her see with new eyes the influence of our culture. “I had allowed my sense of normal to be shaped by the behaviors of people around me. People think they don’t have any margin, but it’s because their ‘normal’ is so out of whack. From the food we consume, to the clothes we wear, to our choices of entertainment, to the frequency with which we buy shoes or pillows or winter coats. Who said that we need new stuff every year?”

The power of a partial spending fast

If this idea intrigues you but a complete spending fast feels too overwhelming, try a partial spending fast. You might go on an entertainment spending fast, for example, looking for all the free things to do in your community for a period of time. Or try a clothing fast, buying only what is truly essential, while, as Julie did, creatively coming up with new combinations from the clothing you already own.

A spending fast is arguably the most effective way to free up money for whatever it is you’re trying to free up money for – whether speeding the process of getting out of debt, building savings, or increasing generosity. And you may just find that the fast helps reshape your sense of normal.

What’s the most radical thing you’ve ever done to free up money for a goal that’s important to you?

If you haven’t done so already, please sign up for a free subscription to this blog. Twice a week, you’ll receive ideas and encouragement for using money well.

6 Responses to Radical Ways to Accomplish Your Financial Goals