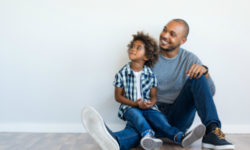 I’ve written several blog posts recently, explaining how we’re helping our three kids — ages 9, 12, and 14 — get started with investing (Read Inevitable Wealth: Getting Kids Started With Investing). I explained our choice of investment strategies and mentioned that if they’re able to get their investment account to $3,000 by the time they’re 16, and if our chosen strategy continues generating the remarkable 17% average annual return that it’s generated since it was launched in 2003, they will have over $14 million by the time they’re 70. That’s about $3.7 million in today’s dollars. And that’s if they never added another penny to their accounts.

In essence, they could have their retirement largely handled before they even finish high school, freeing them to invest for other goals, such as buying a home or starting a business (although we need to be mindful of several potential mistakes that could be made along the way).

It’s an exciting thought, especially since so many adults are doing so poorly on the retirement savings front. According to its most recent findings in a long-running series of annual studies, the Employee Benefit Research Institute found that about half of all workers age 55 or older have less than $100,000 saved for retirement.

However, helping our kids fund their retirement at an early age isn’t the main point of all of this. It’s just one of the most dramatic examples of the power of getting kids headed in a productive financial direction an early age.

In the 20+ years I’ve been involved in stewardship ministry, I’ve been approached countless times by people seeking financial help—people you’d never suspect needed help. They’ve driven nice cars, worn nice clothes, and looked successful. That’s one of the most insidious things about money. What we see on the outside of a person’s life is often at odds with the truth.

I’ve worked with many people for whom money has been a source of much misery. Financial disagreements have left them with a sense of hopelessness in their marriages. Financial problems, usually related to debt, have left them depressed, fearful, and angry with God.

I realize this may sound woefully simplistic, but I can’t help thinking that if we did more to help kids get the money thing right, they would have a much better chance of living more impactful and satisfying lives. Instead of pulling people out of the rapids all day, what if we moved upstream and prevented more people from ending up in the swirling waters in the first place?

Think of the impact of helping young kids understand their biblical financial identity—that they’re stewards, or as I prefer, builders—and spending their lives living out of that identity instead of the consumer identity foisted on them by our culture.

I’m planning to write much more about all of this in the months and years ahead. For now, some good next steps if you’re a parent would be to read Mary Hunt’s book, Raising Financially Confident Kids, or to get a group of other parents together and go through Dave Briggs’ DVD-based program, Raising Financially Freed-Up Kids.

The norm in our culture is for kids to spend most of the money they receive, borrow heavily for college, move back home with their parents after college, and then spend much of their remaining years seeing money as a mystery—a puzzle they can never quite figure out.

But it doesn’t have to be that way. Just as compounding returns can turn a little bit of invested money into a lot of money over time, it can also turn a parent’s intentional teaching about our biblical financial identity, generosity, saving, spending, and all the rest into an incredible amount of meaning, joy, and impact.

tag1, Teaching Kids how to invest