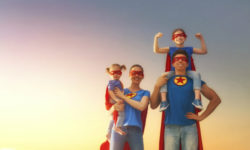 A helpful new survey from TD Ameritrade highlighted some key differences between “super savers” and everyone else. The survey defined a “super saver” as someone who sets aside 20% or more of his or her income to save or invest. A peak into their financial lives offers good lessons for anyone who aspires to save more.

As you might expect, the survey found that super savers spend less than not-so-super-savers on most things. However, as a MarketWatch article about the survey pointed out, one category really stood out.

“The single biggest difference between what super savers spent less on, as compared to the rest of us, was housing. Super savers spent just 14% of their incomes on housing, while regular folks dropped 23%.”

As I pointed out in a recent post, the three biggest expenses for most households are housing, transportation, and food. Focusing on managing those categories will give you the biggest advantage in being able to live generously, save and invest adequately, and enjoy financial margin. But of those three, housing is the single most important category.

Read How Much Should I Spend on a House?

I’ve long encouraged people to spend no more than 25% of monthly gross income on the combination of your mortgage, taxes, and homeowner’s insurance—even better if you can keep that to no more than 20%. And, within two-earner households, it’s important to try to base that on one income.

Read An Uncommon But Brilliant Money Move For Young Couples

For some people, that may sound impossible. But it is possible. I even know of two families that made the tough decision to sell homes they realized were too expensive and moved to more affordable homes.

The MarketWatch article profiled a couple that sold a three-story condo that was costing them $1,300 a month and moved to a smaller place that costs just $685 a month. It helped them pay off $65,000 in debt in two years. They now save about 25% of their monthly income.

Among other unique behaviors uncovered in the TD Ameritrade survey: 60% of super savers stick to a budget vs. 49% of others. I always like to see added affirmation for the value of using a budget.

What percentage of your monthly income do you spend on housing?