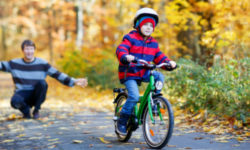 I’ve had the privilege of working for some great bosses over the years. When I was in high school, I worked at a steakhouse, eventually becoming one of the head cooks. J.P. Morgan was the manager. No kidding.

The difference between J.P. and the regional manager (I still remember his name, but am choosing not to mention it) couldn’t have been more stark.

Picture a line of customers stretching out the front door and me working the grill with steaks covering every available space. It’s hot and the pressure is on. It takes a ton of focus to keep each order in mind and time the cooking of each steak just right.

If the regional manager were there, he would invariably come by, pick up a pair of tongs, and start moving steaks around. I hated that. It conveyed a complete lack of trust.

Now picture the same situation but no regional manager. On busy nights, J.P. was more likely to be out in the dining areas talking with customers. But every now and then he would come back into the kitchen. I can still see the sense of calm on his face, and I can still hear his words. “Mr. Bell, is there anything I can do for you?”

I loved that. It meant he trusted me and was only there to support me if I needed something. Sometimes I might ask if he would mind getting some more steaks from the cooler, but usually I would say, “No thanks, I’ve got it.”

All of us who worked there loved J.P. and gladly went the extra mile for him. He believed in us even more than we believed in ourselves.

But he didn’t just believe in us. He made sure we were well trained and then he dialed down the training and dialed up the trust. I think that’s a good model for teaching kids about money.

It reminds me of a metaphor used by some of our first parenting mentors (thank you Keith and Cag!). When our kids are super young, they explained, the funnel of trust is really tight. For the most part, we’re doing everything for our kids. But as they get older, we teach them how to do things for themselves and the more they prove themselves trustworthy the wider the funnel becomes.

Something we’ve tried to be intentional about in teaching our kids about money is the need to make trade-offs. Most people can’t afford to buy everything they want, so they have to prioritize and try to get good deals on what they buy.

With one of our kids, I noticed that when I would take him to the store to buy something specific, he resisted the idea of looking at the clearance rack. The mistake I made is that I hadn’t given him a price limit; all he knew is what we were looking for. But now that we give our kids their clothing budget in cash each month, they know the limits.

(Read The Absolute Best Way to Teach Kids About Money)

On a more recent shopping trip with that same child, he was much more interested in seeing how far he could stretch his money by looking at what was on sale. Even then, though, there were a few moments when I was tempted to intervene as I saw him make decisions. I had to consciously back away. I had to remind myself that I’ve done the teaching. Now I needed to do some trusting, realizing that he would learn better by making his own decisions at this point and living with the consequences.

I know I have a tendency toward micro-management, so backing away doesn’t come naturally. But I’m working on it. It’s given me a much greater appreciation for really good leaders like my former steakhouse boss, J.P.

And it’s helped me further appreciate the lessons from one of my all-time favorite parables, the parable of the talents. I find it very instructive that each of the three servants were entrusted with different amounts, based on their ability. Then, the two who managed wisely what had been entrusted to them were entrusted with more.

His master said to him, ‘Well done, good and faithful servant. You have been faithful over a little; I will set you over much. Enter into the joy of your master.’

With our kids, we teach, we entrust based on their ability, and then, if they manage wisely what’s been entrusted to them, we entrust them with more.

If you’re a parent, what has helped you make the transition from teaching to trusting?

tag1, Parable of the talents