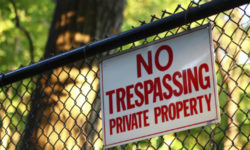 Have you ever felt like a stranger living in a strange land? Like somehow you’ve woken up in a place where you don’t speak the language?

I felt that way while watching a morning news segment about financial infidelity.

The host mentioned the results of a national survey in which:

And these weren’t even the parts that surprised me.

When the cure is worse than the disease

What made me feel out of place was the matter-of-fact advice given in response to the survey.

Expert number one, host of a cable TV show about money, said, “I don’t think financial infidelity is all that bad. I mean, women need to have independence in their relationship and they need to be able to have private numbers that they can do whatever it is they want with.”

Expert number two, a personal finance author, tempered things a bit by saying, “I agree, except that let’s acknowledge that we’re each going to have this pool of money that we can do with what we want and we don’t have to talk about it.”

She believes couples should keep three bank accounts: “One for me, one for you, one for the house. And the house gets taken care of first.”

The host concluded the segment by saying, “Good advice.”

I concluded by saying, “Good grief!”

While writing Money & Marriage, several divorce attorneys told me that when money is the issue that brings a couple in to see them, as it often is, the specific issue is usually that the husband and wife were living separate financial lives. Over time, one spouse damaged their finances, usually by racking up lots of debt. By the time the other found out, it was too late. Not only were their finances a mess, but now all respect and trust had been lost as well.

Want to mess up your marriage? Live separate financial lives. What’s yours is yours, what’s mine is mine.

I don’t care how many people have gotten on the separate accounts bus, I’m clinging to my quaint, clearly out-of-fashion point of view that the ideal way for man and woman to get along financially is to practice full financial disclosure before marriage and complete financial transparency after marriage.

It isn’t about interrogating each other; it’s about talking with each other about something that’ll impact countless aspects of your relationship.

The two shall become one

And here’s where I’ve really gone off the deep end. I have this odd point of view that if one person had a lot of debt before getting married, after the wedding, both spouses have a lot of debt. If one was rich before the wedding day, the minute the vows have been said, both spouses are rich.

Ongoing financial transparency means that after getting married each person should know exactly how much is coming into the household and how much is going out. You work together to set a plan for your money and then you track your finances with what I like to think of as a central financial operating system. In our household, we use Mint.com because it automates a lot of the tracking and we both have easy access to all of the information.

Ongoing transparency also means talking about money on a regular basis. Some people call it a money date. I just call it communicating. At the end of each month, review the month together. Did you overspend in any categories? If so, why? And what will you do about it?

One point made by expert number two that I agreed with, to a degree, was this: “Let’s acknowledge that we’re each going to have this pool of money that we can do with what we want and we don’t have to talk about it.”

Jude and I each have separate clothing budgets. Each amount is a line item on our household budget. We each have the freedom to spend that money as we want, but we’re accountable to manage to the number. And we usually do talk about what we buy. Other couples use such budgeted amounts for lunches with friends, music downloads, etc.

You don’t need separate financial lives to have some semblance of freedom in marriage. You each just need a budgeted amount that you can manage.

Oneness is better for your finances, and your marriage.

Who else would benefit from this post?  Why not forward a link? And if you haven’t done so already, you can subscribe to this blog by clicking here. Twice a week, you’ll receive ideas and encouragement for using money well.

6 Responses to How to Mess Up Your Marriage