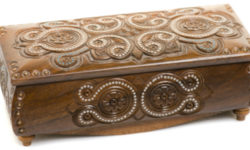 I love the fact that the holiday season begins with Thanksgiving. It’s so healthy to take some time to remember all that we’re grateful for. One of the best ideas for doing so was introduced to me by a remarkable couple I know.

Prioritizing Their Use of Money

Bob and Jody provider a great demonstration of what it looks like to manage money well. Their faith motivates them to give away the first portion of all that they receive, then they save a portion, and then they base their lifestyle spending on what remains.

This approach – give, then save, then live on what’s left – has enabled them to live on one income for most of their married life. And it has helped them avoid carrying any debt other than a reasonable mortgage.

To be sure, making generosity and savings higher priorities than spending has meant going without some of the things many people take for granted, such as cell phones and cable television. However, in return, Bob and Jody have experienced something too few people experience: financial freedom. And here’s something else they’ve experienced: God’s faithful provision.

Some years ago, Bob and Jody had been dutifully saving to replace an old van. But right when their van was reaching the end of its useful life, they felt a tug on their hearts to adopt a child.

For as long as she can remember, Jody felt called to motherhood and dreamed of being a mom. When she had difficulty conceiving, she thought her worst fears were being realized. Eventually, fertility treatments enabled them to have two children.

Still, as Jody puts it, “I wasn’t done mothering babies yet.” Because they didn’t want to go through fertility treatments again, their thoughts turned toward adoption. But their hearts’ desire came with a hard financial reality: adoption fees of $12,000.

Neither one recalls ever thinking twice about their decision to put the van money toward the adoption fees. It was not a trade-off. A van was, well, just a van. Their desire to adopt a child was based on their longings to grow their family and make a difference in the life a child that didn’t have a family.

But what about their need for a replacement van? As it turned out, their old one ended up lasting a bit longer than they thought it would, and shortly after they adopted their son, a relative unexpectedly gave them a van.

As much as I’m a strong believer in such practical steps as being generous with the first portion of all that we receive, saving or investing the next portion, and basing our lifestyle on what’s left over, I am an even stronger believer in what this part of Bob and Jody’s story demonstrates: There are times when the right financial decision doesn’t make the least bit of sense on a spreadsheet.

When Bob and Jody received the unexpected gift of a van, they wrote a note about it and put it in a box they call “The Blessing Box.”  Throughout the year, whenever some unexpected blessing occurs, they jot down what happened and put the note in the box. Then at Thanksgiving they read the notes and remember God’s goodness—all of the blessings, large and small, that happened throughout the year. It’s a meaningful time for Bob and Jody, and they hope the tradition fosters hearts of gratitude and contentment in the lives of their children. I love that idea.

If you’d like to incorporate the use of a blessing box in your household, go right ahead. I don’t think Bob and Jody would mind at all. In fact, I’m pretty sure that if they knew their idea has spread to other families, they’d count it as one of their blessings.

Here’s wishing you a happy and meaningful Thanksgiving.

Take action: Why not buy a special box for your family this Christmas and begin your own Blessing Box tradition?

Read more: One Simple Question for Cultivating a Heart of Gratitude and Service

Profitable Ideas: When Savers Find It Tough to Spend, Whether Credit Card Rewards are Taxable, and More
Profitable Ideas: A Guide to Grocery Home Delivery, Profiting From ‘Weird Knowledge,’ and More