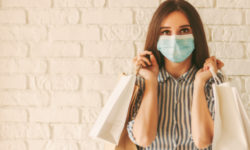 Reading the CNN.com headline, it felt like déjà vu all over again. It read, “New threat to the economy: Americans are saving like it’s the 1980s.” It took me back to an article I read in the midst of the last recession. An economist was quoted as saying the thing that worried him the most was that people might start saving too much. I remember having to re-read his remarks, feeling like I had probably misread the quote. But no, that’s what he said.

Both articles highlight one of the most bizarre aspects of living in our “consumer” culture. There’s a deep-seated belief woven into the fabric of our daily lives—an unquestioned assumption that lives like truth—that what’s good for our personal economy is not good for the national economy.

Does Uncle Sam need you?

You can see hints of this honesty in articles like the one from CNN, where credit card spending was described as having “plunged” and the savings rate’s climb from 8% in February to 13.1% in March was described as “insane.” Those worried comments, apparently overheard from behind the curtain among members of team Oz, somehow got past the spin team at the Brave New World public relations firm.

I’m not absolving all of us of the responsibility to manage money well. Far from it. I’m just pointing out what a strange world we live in and how our environment does us no favors in our efforts to live as good stewards.

It’s important to notice, to pay attention. It’s only by doing so that we have any chance of not living at the effect of our culture and that we gain the power to choose our own path.

I cling to a quaint notion of economics—one where we still buy stuff, things we need and want, but we do so out of savings.

Not an either/or decision

Some people criticized President George Bush in the aftermath of the 9/11 terrorist attacks, and the resulting pullback in “consumer” spending, for imploring people to go shopping. But on a certain level, I get it.

During our current pandemic, we, like so many families, have reduced our spending. I can see it clearly when I look at our budget in Mint. We are far below our budgeted spending in categories ranging from kids activities to entertainment and from gasoline to clothing.

When we bought one of our sons a computer a couple of months ago, it actually felt patriotic. But the thing is, we had been planning for the purchase, setting aside money for it. Buying it was just fine for our personal economy, and I trust it was good for the national economy.

It’s the same when we buy take-out food at local restaurants or when I bought Jude flowers for our anniversary. With that last purchase, I purposely chose a small local florist. I could have gotten the flowers less expensively at the grocery store down the street. But I wanted the money to go to a local business. It was a joy to interact with the shop owner, to see him lovingly arrange the flowers. Everything about the purchase felt good. But neither the computer nor the flowers required going into debt.

And that’s the ideal. Yes, spend. But do so in a way that’s good for your personal economy.

An incredible time of opportunity

So, if you’re experiencing more margin right now, use it to shore up your emergency fund, pay off any credit card balances you’ve been carrying from month to month, review whether you’ve been giving and investing high enough percentages of your income, and consider how well your financial life is a reflection of your faith. If you don’t have one, create a cash flow plan in which you prioritize generosity, saving, and investing, and then allocate what remains across the various spending categories.

My fear is that when life returns to normal (and I’m convinced it will one day return to normal), we’ll just go back to our old routines. Nothing will have changed. And I think that would be the very definition of a wasted crisis.

We’re in the midst of an historic opportunity to reconsider so many aspects of the lives we’ve taken for granted. Take this time to reflect on the ways your life has become better as a result of this global catastrophe. And take this time to commit to the lasting changes you plan to make as a result, the new ways you’ve been dealing with money and so much else that you plan to continue.

Take it to heart: “Do not conform to the pattern of this world, but be transformed by the renewing of your mind. Then you will be able to test and approve what God’s will is—his good, pleasing and perfect will.” – Romans 12:2

Take action: Think and pray about how you want the pandemic to change any aspects of how you manage money. Then write down the changes you’re committed to making and tell someone else.

Read more: Don’t Waste a Crisis  And if you’re wondering why I put “consumer” in quotes, read, An Identity Theft Like No Other

2 Responses to Which One Matters Most—Your Personal Economy or the National Economy?