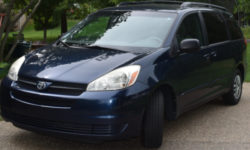 I know that stuff is just stuff, but some stuff has memories wrapped up in it. Such was the case with our van, a 2004 Toyota Sienna. It was a dealer demo that we bought toward the end of 2003, just before our first child was born.

We brought all three of our kids home from the hospital as newborns in that van, took it on countless vacations — Florida, Maine, Niagara Falls, many trips to Michigan. There were lots and lots of memories tied up in that van. While everyone in the house was ready to move on from our mini-van era, it still made us sad to let it go.

What made parting with it less painful, though, was finding a great ministry to donate it to—one that serves single moms going through tough life transitions. We could have sold it, but we had planned to give the money away anyway, so it seemed like it would be less work to give the van away. But still…

Giving things has its own complications

Even though we didn’t have to hassle with selling the van, it was important to make sure we did things the right way in order to secure a tax deduction for the fair market value. The tax rules changed at the beginning of 2005, and they impact how much you can deduct. (Of course, this only affects donors who itemize and plan to write off the donation.)

The first step is to make sure the organization is a qualified charity such as a 501(c)(3) organization.

Next, and here is where the changes were made, find out whether the non-profit plans to 1) sell the vehicle or 2) keep it or give it away to someone served by the ministry. If it plans to sell the vehicle, it must report to you how much it got for the vehicle and you can only deduct that amount. (If it got less than $500, you can only take the lesser of the fair market value or $500.)

In order to deduct the vehicle’s fair market value, the non-profit must either keep the vehicle for its own use or give it away to someone in need who is served by the ministry. The ministry needs to specify all of that in writing as well as stating that no goods or services were given in exchange for the donation. It can use IRS Form 1098-C or include such information in a statement on its letterhead.

Who determines fair market value? My understanding is that as long as you use a reputable source, such as Kelley Blue Book, and are honest about the inputs, you should be able to defend the amount that you deducted. I took screen shots of the private party value as well as some comparable vehicle listings.

Here’s an IRS publication that explains more about donating property. And here’s some information about determining the fair market value.

One cool thing we got to do before we delivered the van to the ministry is that our oldest son, who has his driver’s permit, got to drive it. He came home from the hospital as a newborn in it, and we kept it long enough for him to be able to drive it. Just one more good memory tied up in that faithful ride. We’re praying that the new owner is able to use the van to make many good memories with her family.

Take it to heart: “But if anyone has the world’s goods and sees his brother in need, yet closes his heart against him, how does God’s love abide in him?” – 1 John 3:17

Take action: If you’re in the market for a new car, consider donating your current vehicle. It might be a great blessing for the ministry or other non-profit that receives it, and it could make for a decent deduction for you on your taxes.

Profitable Ideas: How to Save on a Cell Phone, Some ‘Lifestyle Creep’ is Okay, and More
Profitable Ideas: An Important Financial Step Few Have Taken, A Pickup Might Be Running Your Finances Off The Road, and More

2 Responses to We Gave Away Our Van 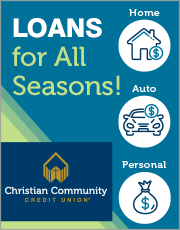