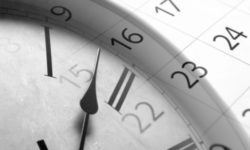 Think of the name Warren Buffett and you immediately think, “One of the world’s richest people” or “One of the greatest investors ever.” Both are true. But do you know why he has been so successful at building wealth through investing?

Many books have covered this topic and they usually describe him as a “value” investor with a knack for investing in undervalued companies.

But there’s something else at work here that requires far less skill to emulate. It’s exemplified by two remarkable facts.

And second, as one of my favorite business/investing writers Morgan Housel noted, “$80.7 billion of the 87-year-old investor’s $81 billion net worth was accumulated after his 50th birthday. Seventy-eight billion of the $81 billion came after he qualified for Social Security, in his mid-60s.”

What’s the “secret” that ties these two facts together? Time. It’s one of the most crucial and under-appreciated aspects of Buffett’s success.

Buffett didn’t become a millionaire at age 30 by winning the lottery or receiving an inheritance. Instead, he started investing at a surprisingly young age. Here’s Housel again:

…Buffett became serious about investing several years before puberty… It is tempting to look at an outlier – a company, a brand, a net worth – and study the most recent things that added to its success… So we write 2,000 books on how Buffett sizes up management teams when the biggest and most practical takeaway from his success is, ‘Start investing when you’re in third grade.’

One way to think about how compounding works is to consider doubling periods — that is, the amount of time it takes for money to double in value.

According to the rule of 72, if you divide your annual return into 72, that will tell you how quickly your money will double. For example, if your portfolio generates an annual return of 9 percent, it will double in value in about 8 years.

Here’s an example, showing how a 20-year-old with a $10,000 portfolio (Don’t scoff — remember, Buffett got started in the 3rd grade) will see his account grow over the course of multiple 8-year periods, assuming an annual return of 9% and no further contributions. (You’ll see that it actually more than doubles each period).

But think about this: Just as an annual return of 9 percent will turn $10,000 into $20,000 in 8 years, it will turn $1 million into $2 million in 8 years as well. Especially when your portfolio becomes sizeable, having the time to take advantage of one or two more doubling periods will be extremely beneficial.

Here’s another way of making the same point. Instead of starting with a lump sum and not contributing anything more along the way, the graphic below shows what would happen if a 20-year-old started with nothing but invested $200 per month and generated an average annual return of 9%. The lower number and blue part of each bar shows the amount she has invested at each point in time; the upper number shows what her portfolio is worth (the green shows her earnings).

The take away? The power of compounding becomes most powerful when you give it the most time, so start building your portfolio as early as possible. It may not seem very exciting in the early years. But once you’ve built a decent base, it’ll get much more exciting—and profitable.

As you near retirement age, having one more doubling period available to you—perhaps by working longer so you can let your nest egg grow—can make a huge difference to your financial health in your later years.

Time has been a critically important factor in Warren Buffett’s success, and it will factor heavily in your success as well.