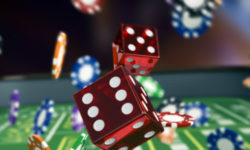 I overheard a conversation about investing recently that made me a little crazy. I heard several perspectives that I completely disagreed with, ways of approaching investing that I think can be far more harmful to a person’s portfolio and peace of mind than helpful.

Since I didn’t feel like I could insert myself into the conversation, I saved my rant advice for this post.

I’ve been studying the principles of wise money management for more than 25 years. However, for much of that time, out of the many topics that exist within personal finance, I would have been the first to admit that investing was my weakest link.

All of that changed in 2012 when I joined the staff of Sound Mind Investing (SMI), a Christian company that’s been publishing an investment newsletter for over 30 years. I’ve learned a ton about investing since then, and it is mostly those ideas that made me so concerned about what I overheard.

There were four main issues.

I heard several comments about what certain stocks were doing on that particular day. However, the daily movements of the market or a particular stock or fund are, for the most part, nothing more than noise. Historically, the market has been positive just slightly better than half of the individual days that the market has been open. In other words, on any given day, you have about a 50-50 chance of making money. But the longer your holding period, the more the odds move in your favor.

Bottom line: Don’t get wrapped up in the market’s daily fluctuations; think long-term.

I heard lots of talk about selling certain stocks at their peak. But how will they know when a stock is at its peak? Or when a stock on their buying list is at its low?

Fortunately, you don’t have to. SMI once did a study that compared the results of two investors we called Lucky Lew and Steady Eddy. Both invested $3,000 each year for 30 years. Lucky Lew miraculously invested his full $3,000 at each year’s lowest point. Steady Eddy just invested $250 at the same time each month, regardless of what the market was doing.

I didn’t hear any discussion about what they would do when the market heads south, as it will. All I heard was talk about the upside—how this stock or that is destined to grow.

And it’s a well-documented phenomenon that losses feel more painful than gains feel good. That may explain why a lot fewer people had money in the market by the end of the 2007-2009 bear market than at the beginning. Fear and pain drove them out.

Some people couldn’t take it, so they sold, thereby locking in their losses. And some of those folks never got back in. According to Gallup, 65% of adults in the U.S. owned stock before the Great Recession. By the time it ended, just 55% owned stock. Those who are still on the sidelines missed out of one of history’s greatest bull markets.

If some of the people who left the stock market had decided in advance about what they would do during the next market downturn, maybe they wouldn’t have missed the incredible recovery that followed.

What can you do? Answer this question: “What will I/we do when the next bear market hits?” Make a decision (if you’re married, make sure your spouse is in on the decision) and write it down. Then, when the next bear market arrives, read what you wrote and follow your own instructions. Ideally, your answer is that you will continue to follow your investment strategy, which means you’re following a strategy you can live with in good times and bad. Speaking of which…

4 – Not having an objective process in place

For the most part, what I heard in the way of rationale for choosing specific investments were opinions. If subjective criteria drive the decision to invest in a company, how in the world will you know if and when to sell?

At SMI, we have a strategy that would have actually generated a gain in 2008. Its strength is seen in down markets. When the market is growing, it’s designed to share in some of the gains, but it isn’t expected to grow as much as the overall market. During down markets, it’s designed to minimize loss.

We have another strategy that’s designed to far outpace the market when things are good, and it has. But when things are bad, it can be expected to fall hard. Those with a strong stomach have enjoyed remarkably good average annual returns.

I’m using these two examples mostly to emphasize the importance of following an objective investment strategy and being aware of how it is likely to perform under various market conditions. My sense/fear is that many people with money invested in the market are not investing this way.

Do you have a strategy you trust? Are you following an objective, proven process or are you picking investments based on subjective criteria? If you’re using a reliable process, you should be fine sticking with it when things get rough. But if you’re going on gut feel or a hot tip from a friend, what will you do when times get tough?

Investing can be a humbling activity. None of use should ever get too confident in our abilities or complacent about how the market is performing. Watch out especially for the four issues I just highlighted.