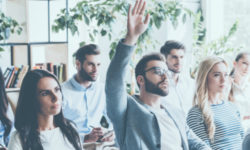 Over the years, I’ve asked readers to share some of the best financial advice they’ve ever received. Here are some of their answers.

Bob said that during a pre-marriage class he and his then fiancé attended, the teacher suggested using pay raises to build an initial savings account. In Bob’s words, “I can remember how taken aback I was when I did the math and realized what a significant savings base we could establish in just three years. All it would take was establishing and maintaining a reasonable budget, committing to staying within it for three years, and banking 3 years of modest raises.”

Bob says following that advice helped his wife and him develop the habits of living beneath their means and saving money. They have raised five children on one income (he’s a teacher) and have never had debt for anything except a mortgage.

Bob said the savings advice stemmed from a simple question the teacher asked: “What do you do with your raises?” Without some forethought, expenses usually increase to absorb all new income.

Mary Ellen pointed to these simple words of wisdom from her parents: “Don’t spend money you don’t have. Credit cards are fine as long as you pay them off in full as soon as the bill arrives.” Following that advice has enabled her to pay cash for each car she has owned and to even pay off her mortgage early.

For Chris, the advice to maintain an emergency fund and to have no debt except a mortgage has enabled his family to weather several months of unemployment without touching their retirement or college savings.

And Brittany pointed to her father’s encouragement to always give away at least 10 percent of her income. Doing so, she says, has been a constant reminder of God’s provision.

As for the best financial advice I’ve ever received, I’d have to mention the recommendation of a pastor who counseled my wife, Jude, and I before we got married. He urged us to build our lifestyle primarily on one income while we both worked.

He explained that if we were blessed with kids one day and if we chose to have one of us step out of the paid workforce to stay home with the kids, it would be much easier if we had not built a lifestyle that depended on two incomes.

That’s exactly what we did. We gave based on both incomes, but we bought a condo we could afford on just my income and based most of our other living expenses on that income. We saved most of the rest of Jude’s income, and it also enabled us to take some memorable trips.

Four years after we got married, we had the first of our three children. We had agreed early in our relationship that we both wanted Jude to be home full-time if and when we had kids, and when that time came, it was not a financial stretch to make that happen.

What about you? What’s the best financial advice you’ve ever received? 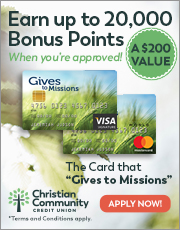