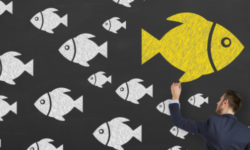 When Hal and Dee were in their mid-fifties, they found themselves with $50,000 of credit card and tax debt. That would have been bad enough, but they had been there before, which only made it worse. They had been riding a financial—not to mention emotional, spiritual, and marital—roller coaster for years.

Early in their marriage, they got behind on the payments for their first house. They had just become Christians, and Hal especially thought somehow, some way, God would swoop in and bail them out. They had faith, but took no action. They lost that house to foreclosure.

Many years later, there they were again, right back in debt. Hal had been running a business that remodeled homes and built luxury spec homes. His last project didn’t go well. They still had a strong faith, only this time they realized they needed to take some strong action as well.

Fueled by a commitment to pay back all of their debt, and at the urging of some close friends, they closed Hal’s business, sold their home, put most of their possessions in storage, and moved into a basement apartment in the home of some friends.

Take a minute and re-read that last sentence. Can you imagine doing what they did? It brings to mind the words from Proverbs 3:27-28.

Do not withhold good from those who deserve it, when it is in your power to act. Do not say to your neighbor, ‘Come back later; I’ll give it tomorrow’—when you now have it with you”.

None of that was easy. But those tough decisions marked a very important turning point in their marriage, their finances, and their faith.

Hal says, “We don’t know what lies ahead. But we know that God’s hand is on us. We know that we can trust him no matter what. Through this whole process—downsizing, redoing our lives—we can look back and see where God’s hand was every step of the way. We can count on the fact that God loves us, his grace is sufficient, and his timing is perfect.”

Are you struggling with your finances? What is “in your power to act”? What crazy, radical, bone-rearranging action do you sense God calling you to take? Sell your house? Take in a roommate? Go from a two-car household to one-car household? Take on a part-time job?

It may be scary and it may be uncomfortable. But it may be just the step of faith you need to take in order to begin moving in a better direction.

Do you know someone who could use a financial reset? Why not email them a link to this article along with some words of encouragement?

Commitment, Getting out of debt, tag1 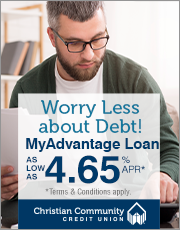