By Matt Bell on November 25, 2008 in Spending Smart, Psychology of Money

Like many of us, a grocery shopper named Jill is paying more attention to the cost of food these days. So, as described in a New York Times article, when one store’s price on cauliflower seemed too high, she went to another store, and then another. Finally, she found a good price, only to discover at checkout that the cans of artichokes in her basket were way more expensive than they were at the first store. Spending wisely, it turns out, is often more difficult than it seems.

Irrationality also plays a role. The article noted that sales of flat-screen televisions at Best Buy are way down this year, but they’re up at Wal-Mart. An analyst quoted in the article said, “Somehow, because Wal-Mart feels like a bargain store, shoppers who have deprived themselves of luxury items elsewhere rationalized their purchases at Wal-Mart as ‘getting a good deal.'” The article also reported on people who join a warehouse club in an effort to save money, only to end up buying so many “bargain” items that they may not live long enough to use them up, and then spending more money organizing it all.

The article is worth reading in its entirety. Don’t be surprised if you find yourself alternating between laughter and tears, as it describes behaviors that may seem all too familiar. 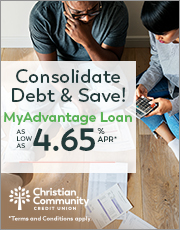