It wasn’t long ago that banks would not allow debit card transactions to go through if you didn’t have enough money in your checking account. But then they discovered how profitable it could be to allow such transactions and then hit you with an overdraft fee. Such fees will total an estimated $38.5 billion this year, according to the Washington Post. And that figure could rise as banks have recently hiked fees on everything from out-of-network ATM transactions to bounced checks. This year Bank of America even increased the number of times per day that a person could be hit with an overdraft fee from five to ten.

Online banking has made it easy to keep tabs on account balances, so if there’s any doubt as to whether you have enough money in your account, check your balance before using a debit card. Also, if you have a savings account at the same bank or credit union where you have a checking account, consider setting it up to be tapped in case of a checking account overdraft. You may be charged a fee if and when it’s used to cover a shortfall in your checking account, but it’ll probably be less than a traditional overdraft fee.

For other money-saving ideas, check out my list of recommended links.

All Worn Out
New Ways to Pay Off Student Loans 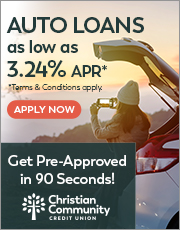