Lots of businesses are hurting right now, but not those involved in fixing and mending our stuff. According to an article in Time magazine, cobblers and tailors are thriving as people opt to repair old shoes and alter ill-fitting clothes rather than replace them. The same is true for shops that repair everything from cars to CD players.

In Aldous Huxley’s 1932 novel “Brave New World,” a futuristic look at consumerism run amok, people were conditioned to believe that ending was better than mending–in other words, it was better to toss out something that was broken or torn and replace it with something new rather than repair the item. It took a long time, but that book is finally sounding a bit dated.

Fear, Anger, and a Ray of Hope
Thrift Stores Thriving 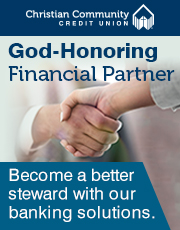