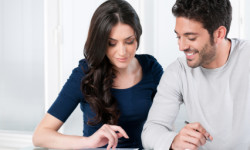 People who’ve never used a budget – or cash flow plan, as I prefer – usually assume it’ll be restrictive.  They think of a budget as something you go on like a diet.  They see budgets as being about cutting back, tightening the belt, reining themselves in.  For them, budgets are about less.

But a cash flow plan is actually about more.  It provides more knowledge about where our money is going, so we can be more proactive about where it should go, so we have more for what really matters.

For some people, a cash flow plan even gives them more freedom to spend.  That was the case with Sheila.

We Can’t Afford It, Or Can We?

When she married Mike, Sheila was really good at living beneath her means. Even with a relatively low salary, she never worried about not having enough. She always had money in the bank.

Because she grew up as one of five kids with a stay-at-home mom and schoolteacher dad, she knew all about frugality. However, the money she had in the bank gave her no happiness, no warm feelings of financial freedom. She only allowed herself to buy whatever would get the job done at the absolute lowest possible cost.

When she and Mike got married, he had been in the habit using a simple spreadsheet to guide his spending. As they used it to guide their joint finances, Sheila began to see that her automatic response to any spending opportunity—“we can’t afford it”—was based on an unwarranted fear of spending.

Seeing on paper that, yes, in fact, they could afford it—whether it was a restaurant meal or a better brand of clothing—gave her a sense of freedom around money she had never experienced before.

Getting Started With a Budget

If you’ve never used a budget before, give it a try.  My Budget Quick Start Guide will get you going.  I’m confident you’ll find that a budget is not constraining or restrictive; it’s actually incredibly freeing.

In fact, I believe it’s the single most powerful, practical tool for successful, joyful money management.

If you use a budget, do you agree that it has given you a greater sense of financial freedom?  If you don’t use one, what holds you back?

Know someone else who would benefit from this article?  Please forward a link.  And if you haven’t done so already, you can subscribe to this blog by clicking here.  Two or three times a week, you’ll receive ideas and encouragement for using money well.

Recession Lessons: What Have You Learned?
Money Round-Up: Scoring the Lowest Prices, DIY Frappuccinos, and More

5 Responses to How a Budget Leads to Financial Freedom