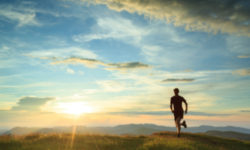 Would you like to achieve uncommon financial success? As I read the business classic, “Good to Great,” I couldn’t help but think that the principles used by the unusually successful businesses profiled in the book are directly applicable to how we manage money. In the book, author Jim Collins takes a close look at a handful of companies that at some point rocketed ahead of their competitors to achieve and sustain remarkable success.

I earlier posts, I wrote about the financial implications of several other principles taught in the book, such as Level 5 Leadership, the importance of confronting the brutal facts about where you are, The Hedgehog Concept, and turning the flywheel. Now let’s look at another principle: Develop A Culture of Discipline.

As discussed in Collins’ chapter on The Hedgehog Concept, companies that made the leap from good to great organized their mission around “a single organizing idea…that unifies and guides everything.”  And then they became very disciplined about staying focused on bringing that idea to life.

An application to personal finances is to identify one goal that would make the greatest difference for you this year. What if this was the year you finally got out of debt, or found and executed an investment approach you felt confident about, or saved enough money to visit that place you’ve always wanted to visit. If you achieved that one goal this year, wouldn’t that be a huge win?

Collins found that while each Good-to-Great company took an unusually disciplined approach to their work, they did not operate under the rule of a strict disciplinarian. The CEO didn’t lord over his or her people, forcing them to work endless hours and demanding perfection. Instead, the people at successful companies knew what they were about and they stayed focused on taking measurable steps toward their goal.

Just as importantly, they knew what they were not about. So, in addition to keeping “to do” lists, they developed “stop doing” lists. Think about the implications for your finances.

Let’s say your focus this year is to get out of debt. Some friends invite you to join them for a vacation. It looks like it would be a blast, even a “once-in-a-lifetime opportunity.” It’s so tempting, and hey, you figure you already have a bunch of debt on your credit card. What’s a little more?

But then you run this reasoning against your single organizing idea of getting out of debt this year and it becomes clear that the trip makes no sense. You know what you’re about, and this vacation opportunity, as amazing as it sounds, is not at all consistent with where you’re going.

Good Things Come to Those Who Focus

The most important form of discipline for sustained results is a fanatical adherence to the single organizing idea that is at the heart of The Hedgehog Concept, and the willingness to shun all opportunities that are inconsistent with that idea.

Which single financial goal, if you achieved it this year would have the greatest positive impact on your life?  What would it look like to become relentlessly focused on its achievement? And what would you have to stop doing?