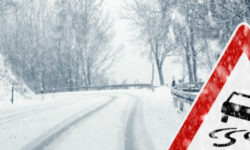 It’s a dangerous business, Frodo, going out your door. You step onto the road, and if you don’t keep your feet, there’s no knowing where you might be swept off to. — Bilbo Baggins, “The Lord of the Rings”

We were made for adventure. Even those of us who work in offices know that’s true. It’s the adventures, the experiences that contain an element of danger—or that involve great difficulty—in the pursuit of something worthwhile, that make us feel most alive.

What does that have to do with money? Quite a bit, really. And it has everything to do with this time of year—traditionally a time of making resolutions or setting goals.

Maybe you’ve been so disappointed by past experiences with all of that, you’ve cast it aside as foolish or trite. I get that. Finding yourself at the end of one too many Januaries having already failed at all the grand plans you made just weeks ago is beyond discouraging.

I’m convinced that the reason so many of us break our resolutions is because we made them out of a sense of duty or obligation. They were the right ones to make, but truth be told, they bore us. Our goals go unmet because they’re too logical — all head and no heart. And most importantly, they were made on our own and pursued with our own strength rather than reliance on God

So this year, if you’re willing to give it another try, take a different approach. Through prayer, choose something to pursue that scares you. Really. Something that seems impossible.

I have a friend who goes to a church that for the first time in its long history was trying to buy its own building. He felt led to participate in a big way, but also conflicted.

You see, his dad took off when my friend was just five. Even though he’s a successful entrepreneur, having been raised by a single mom who never made more than $25,000 has often left him feeling like he’ll never have enough.

Still, the senior pastor’s vision stirred something in my friend, reaching deep into his heart. A contribution amount kept coming to mind that seemed crazy, completely beyond anything he had ever considered.

He was up most of the night before a commitment needed to be made, “wrestling with God.” On one side was the old familiar feeling of never having enough. On the other, he sensed God asking, “Are you really going to doubt that I’ll take care of you?”

As night turned to day, he decided to give more than he had made in a year for most of his working life. His wife couldn’t have been more on board.

What is it for you? Will this be the year that you finally stop messing around with debt? That might mean something crazy, like moving to a less expensive home, or living a lifestyle more in synch with the truth of your situation, or telling someone about your debt—all of which probably puts a knot in your stomach. It’s a sure bet that it’ll be hugely inconvenient, embarrassing even. The first part of the journey looks painful. But wouldn’t the freedom be worth all the sacrifice? You know the answer.

What is it for you? Is it going back to school or quitting your job or some other step that would enable you to pursue the work you know you were meant to do? Is it about looking for a different job (yes, in the midst of a pandemic!), maybe even one that pays less, so you can get off the road and be home more often for your family?

I like what God’s Word teaches us about the unreasonable part he would have us play in the greatest story ever told, if only we would muster the courage and wisdom to listen and respond to his invitations with faith.

When an angel told Zechariah that he and his wife, Elizabeth, would have a baby in their old age, Zechariah asked for some assurance that it was true. Because of his disbelief, he was temporarily made unable to speak.

When an angel told Mary that she would have a baby as well, even though she was a virgin, she, too, wondered how it would happen. But hers was not a question of disbelief; it was an innocent expression of awe: “I am the Lord’s servant,” Mary responded. “May your word to me be fulfilled.”

As you pray and think about what God may have you pursue this year, pay attention to the scary ideas that come to mind. The ones that seem unreasonable or impossible. My prayer for you is that you’ll muster the courage to say, “May it be.”

It’s okay if you can’t see the full path ahead. Just trust, say the words in faith, and take the next step. All that follows might just be the adventure of a lifetime.

2 Responses to Danger Ahead